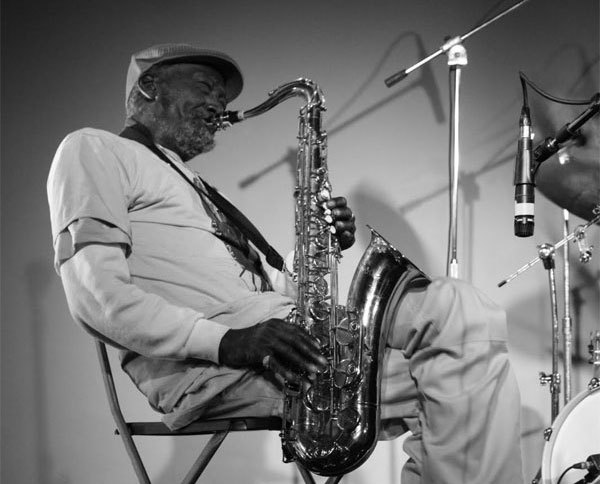 “Saxophonist Arthur Doyle died January 25 in Alabama; he was 69. Doyle had one of the fiercest, most unfettered saxophone styles in all of jazz; he got his first break in 1969, when he appeared on Noah Howard‘s The Black Ark.

When I interviewed Howard for The Wire in 2006, he said, “Doyle was going in the direction of Frank [Wright], of Pharoah [Sanders], of Trane, and he was a young guy. I said, well, fuck it, I’ll put him inside my compositions and just let him express himself and do his thing.” To my ear, it’s that combination of Doyle’s wild, full-blast playing and Howard’s structured, relatively melodic (for 1969 free jazz) compositions that make The Black Ark one of his most successful outings on record.”